The MHSAA is working with state and local health authorities to monitor the developing COVID-19 situation in Michigan. At this time, all MHSAA postseason tournament events will be played as scheduled. We encourage people to follow the CDC guidance regarding hand-washing, personal hygiene and staying home when sick. We are continually monitoring this situation. If 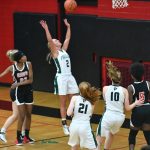 The girls varsity basketball team advanced the the District Championship game with a win over host Carrollton last night.  The Falcons defeated the Cavaliers 55-39.  The championship game will be this Friday night at 7:00 at Carrollton against Bay City John Glenn.  Please plan on attending and cheering on our girls.

Attention all track and field athletes – Practices will begin next week.  Monday through Friday from 3:15PM – 5:00PM.  We will start our practices in the high school cafeteria at 3:15PM.  Make sure you have your Green Card turned in.  This will verify the athlete has a physical, and their handbook form and concussion forms have 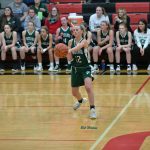 The girl’s varsity basketball team captured a victory in the first round of District play.  The Falcons faced the Lancers from Bullock Creek, and came away with a 55-28 victory.  The Falcons were lead by Kadyn Blanchard’s 23 points.  The Falcons move onto the second round as they face the host school, the Carrollton Cavaliers, 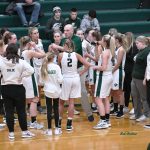 Freeland 54 Garber 35 Freeland jumped out to a 13 to 7 first quarter lead. Kadyn Blanchard, Tori Pilon, Peyton Hansen, Sydney Herring and Hannah Niederquell all contributed to the first quarter scoring. Freeland was able to stay strong in the second quarter to take a 24 to 16 lead into halftime. Sydney Herring connected

We have been contacted by Nouvel Catholic Central that they are forming a Boys Varsity Lacrosse Club Team this spring, IF THEY CAN GET THE ATHLETES TO JOIN.  This will be a club team with a 9-10 game schedule, and will not compete in the MHSAA tournament this spring.  If you are interested, please pick 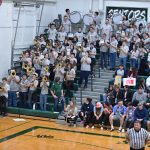 Congratulations to all the Freeland Band Students for an outstanding performance at Band Festival on Saturday.  Both High School bands received and overall 1st division rating while the Symphony Band received straight 1’s from all judges (the highest rating possible).  This is also the first Freeland Freshman Band since 2015 to earn a 1st division rating.  Great

The Freeland JV Girls ended their season with a pair of wins this week. The Falcons hosted Ogemaw Heights on Tuesday night and came out with a lot of energy. After an 18-0 first quarter the girls never looked back en route to a 50-17 victory. Great team offense saw all eleven girls score. Kenzie

Last night the 8th grade boys basketball teams ended their season with 2 more wins. The White Team played outstanding, jumping out to a 19-3 1st period lead and finished with a 41-28 win. Aiden Bianco had 10 points, AJ Palomarez had 6 points and Hayden Harwood finished with 5 points. Michael Huegel and 6

No Events This Week

Events are added by athletic staff.
View All Events