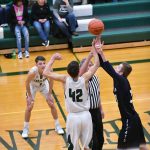 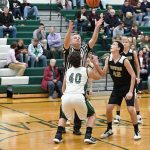 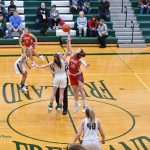 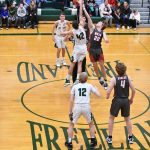 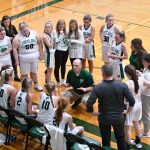 Freeland 49 Frankenmuth 47 Freeland hosted Frankenmuth on 1/17/20. It was a very competitive game right from the start. Freeland was able to gain a 10 to 8 first quarter advantage behind 5 points from Peyton Hansen including a nice three point shot. Kadyn Blanchard took off in the second quarter helping her team jump

Last night the 8th grade boys basketball team traveled to Hemlock to take on the Huskies. The boys were trailing 14-11 after the 1st quarter, but outscored Hemlock 26-0 in the 2nd quarter by playing outstanding defense. The Falcons went on to win 59-30 with 11 of the 12 players scoring at least 2 points.

We’re excited to welcome Justin Herbolsheimer: Edward Jones Financial Advisor as a continued, official partner of the Falcons athletic website!  The support of local businesses not only contributes to the Freeland athletic department, but ensures Falcons Nation has the most up-to-date news, scores and photos online. Show your support of Justin Herbolsheimer: Edward Jones Financial Advisor by visiting them 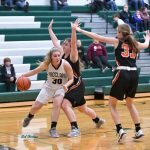 The Boys bowling team lost to Garber at the Pins Bowling Alley on Saturday 20 to 10 before coming back and defeating Alma 29 to 1. Joe Brewster bowled a personal best of 140 and Noah Essex bowled a 181. The girls team lost to Garber 30 to 0 before falling to Alma 26 to

The Freshman girls’ basketball team finished the week with a 1-1 record, losing to a tough Fenton team and turning it around with an end of the week victory against Bay City Western. In the 48-35 defeat Zoey Markey led all scorers with 17, which included 3 threes. Zoey also contributed 5 rebounds and 6

The Freeland JV Girls basketball team traveled to Frankenmuth Thursday night in a battle of two teams that have yet to lose a game this season. A slow start for the Falcons helped Frankenmuth jump out to a quick 6-0 lead before Haven Vasold hit a three to spark the offense. A strong seven point 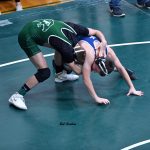 The Varsity wrestling team traveled to Alma 1/15/2020 for 2 conference matches against Bridgeport and Swan Valley. In the first match the Falcons dominated the Bearcats 47-18 losing only 1 match and giving Bridgeport their other points off voided weights. In the second match of the evening, though heavily out-manned, the Falcons pulled off a